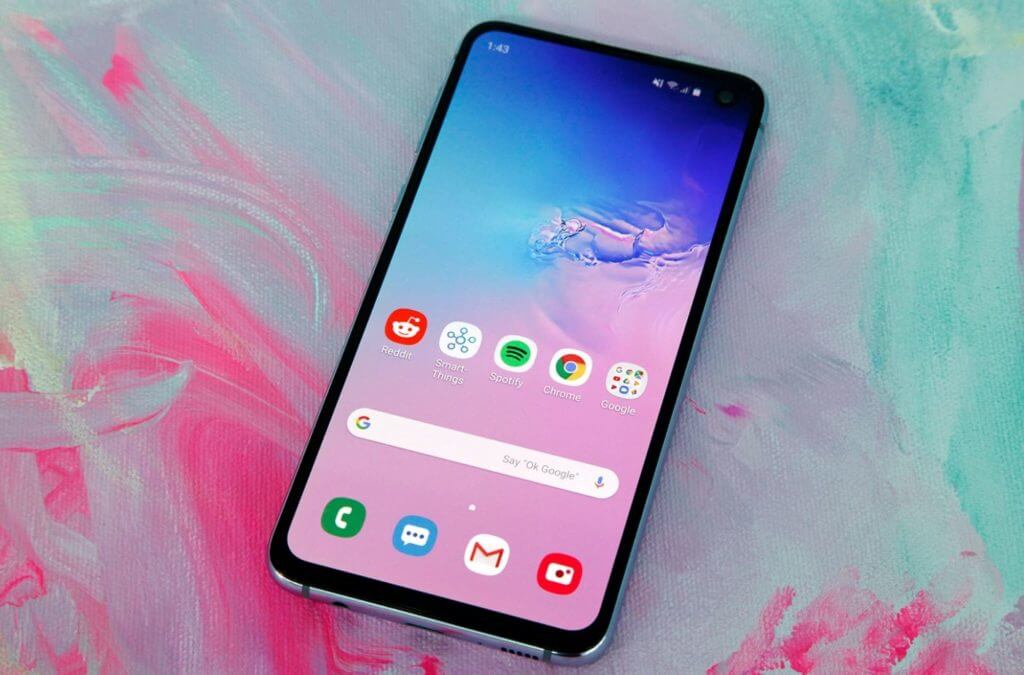 Android is an excellent operating system. It has been used by the majority of smartphone users today. However, like every other operating software, Android is not perfect.

There are several issues that Android users deal with every day. Most Android problems are not serious and can be easily fixed, like battery failure, system crashes, etc.

This guide is dedicated to fixing common Android problems that can ruin your user experience. Let’s scroll down to fix Android errors.

Is your Android phone giving you trouble? Then, simply follow this guide to solve common Android problems:

Are you struggling with shorter battery life on your Android smartphone? It is a pretty common Android problem, especially with old phones. Usually, new phones are more power-efficient, but gradually, the battery power declines with usage.

However, there are a few tips you can follow to make your Android phone’s battery last a bit longer:

Is your favorite gaming app loading extremely slow? Do your social media apps crash suddenly? The problem might not be your phone but the app.

Possibly, the current app version installed on your phone has bugs or has become obsolete over time.

So, the best solution is to go to Google Play Store and install the latest updates for the app. If no new updates are available, simply uninstall the app, reboot your phone, and install it again to fix the problem.

3. Android Phone Turned Off and Not Turn Back On

Sometimes your Android phone can behave weird. For example, it can suddenly turn off itself despite having a full battery. However, when you press the power button, it simply doesn’t turn on.

There is no need to worry as it is a pretty common Android problem. If your phone’s battery is fully drained, don’t turn on your phone after inserting it into the power socket. Instead, let your phone charge for a few minutes before turning on your phone again.

If the problem persists when your phone’s battery is not drained, press the power and volume down buttons simultaneously. This will hard reboot your phone.

If this doesn’t work, go to Google and type “your phone model recovery mode”. After that, you will find several options to recover your phone.

Over time, Android devices start to work slow or crash here and there. Unfortunately, it is a common Android problem that you can fix in many ways, like:

The most common Android problem is Google Play Store not working. The Play Store not opening or closing immediately after you open it up is a common problem for all Android versions.

Another common Google Play Store problem is it won’t download the app. You can fix this annoying Android error by clearing the Google Play Services cache.

However, you can delete the entire Google Play Store history if the problem is persistent. You can make sure that your device has sufficient free space to download the new app.

Android devices come loaded with several junk apps that you won’t ever need. All these preloaded apps can cause bloatware and slow down your phone.

So, the simplest option is to go to the Apps tab from the system settings and uninstall the apps you don’t want.

If you have several apps running on your phone, obviously, more RAM will be consumed, leading to slow-running devices. This also happens when you have numerous apps running in the background.

The best solution to this common Android problem is to eliminate unnecessary apps running in the background.

In addition, you can uninstall the heavy apps to free up space on your phone. From the Memory tab, you can check how much space an app consumes on your phone.

The best thing about Android devices is that every download is stored in the folder called Downloads, except the apps.

However, in the latest Android devices, no built-in file manager is available. Thus, it is hard to find your downloads without connecting your phone to the PC.

If your native video player cannot play videos on your phone, downloading a third-party video player is the best fix. There are several video playback apps available on Google Play Store. In addition, you can download the best video player that supports your preferred formats, like the MX player.

The worst nightmare for Android users is accidentally installing malware on their devices. This is because the Play Store doesn’t verify app hosts before allowing you to install apps on your device, unlike Apple.

Therefore, we highly recommend you install the apps from reputed developers on your phone. In addition, don’t browse alarming websites on your phone or click on adware. Also, be aware of phishing emails or downloading anything from suspicious emails.

However, we highly recommend downloading antivirus software on your phone to protect it from malware infections. Malwarebytes is the best Android antivirus program to keep your device infection-free.

Another common Android problem is your device’s SD card not being recognised. The first solution to this issue is to backup all your files on the SD card. However, files need to be reformatted before doing that, so you should try to reboot your phone and reinsert the SD card.

You can reformat it from the Storage tab and select the Format SD card option if this doesn’t work. This will fix any problem that you are having related to the SD card.

13. Not Connecting to WiFi

Another common Android problem is the WiFi not connecting to the device. Your router can likely cause this problem. Therefore, first, go and check your WiFi router.

In that case, you can restart your WiFi router and check all the peripherals attached to it. However, if the problem continues, you can delete the WiFi network from your device and reboot it. Then, reconnect to the WiFi network using the security password.

If nothing works, there is a network problem from the service provider’s end. So, you can contact your WiFi provider company to fix the problem.

Another common Android connectivity issue is Bluetooth not working. So, the best solution is to reboot your phone, and it will fix the temporary Bluetooth glitches.

Many Android users have reported that they are unable to send text messages. If that is the case with you, ensure that your phone has full reception and your carrier has no technical issues.

However, if you have full-service bars on your phone but still you are unable to send messages. In that case, you can reboot your device, try Airplane Mode or download another app to send text messages like WhatsApp.

There you go, people! You have learned how to fix common Android problems like network issues, system errors, and so on.

So, you can always refer back to this post when your Android phone starts to behave funny. We hope you like this post, and don’t forget to share it with your other Android user friends. Also, we have many other interesting guides available to enhance your Android user experience. 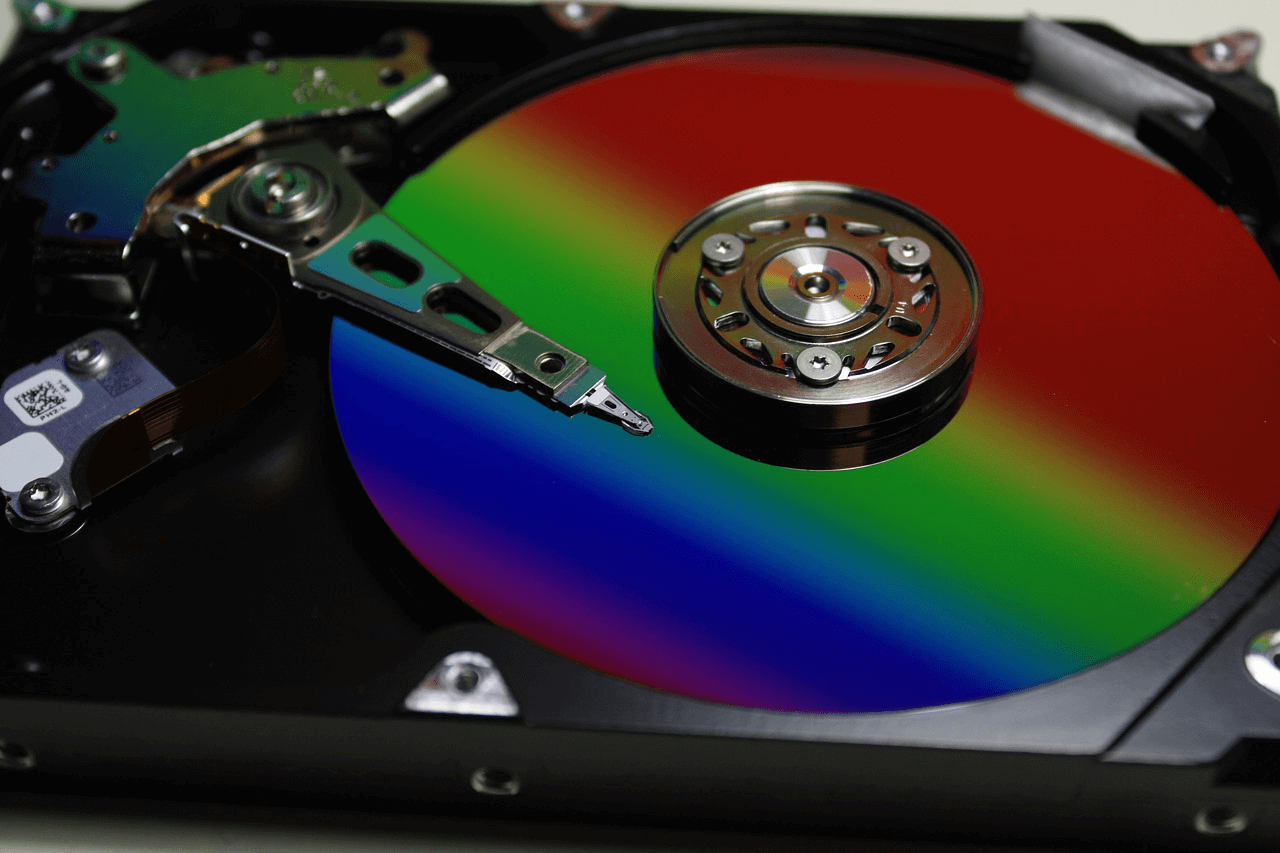 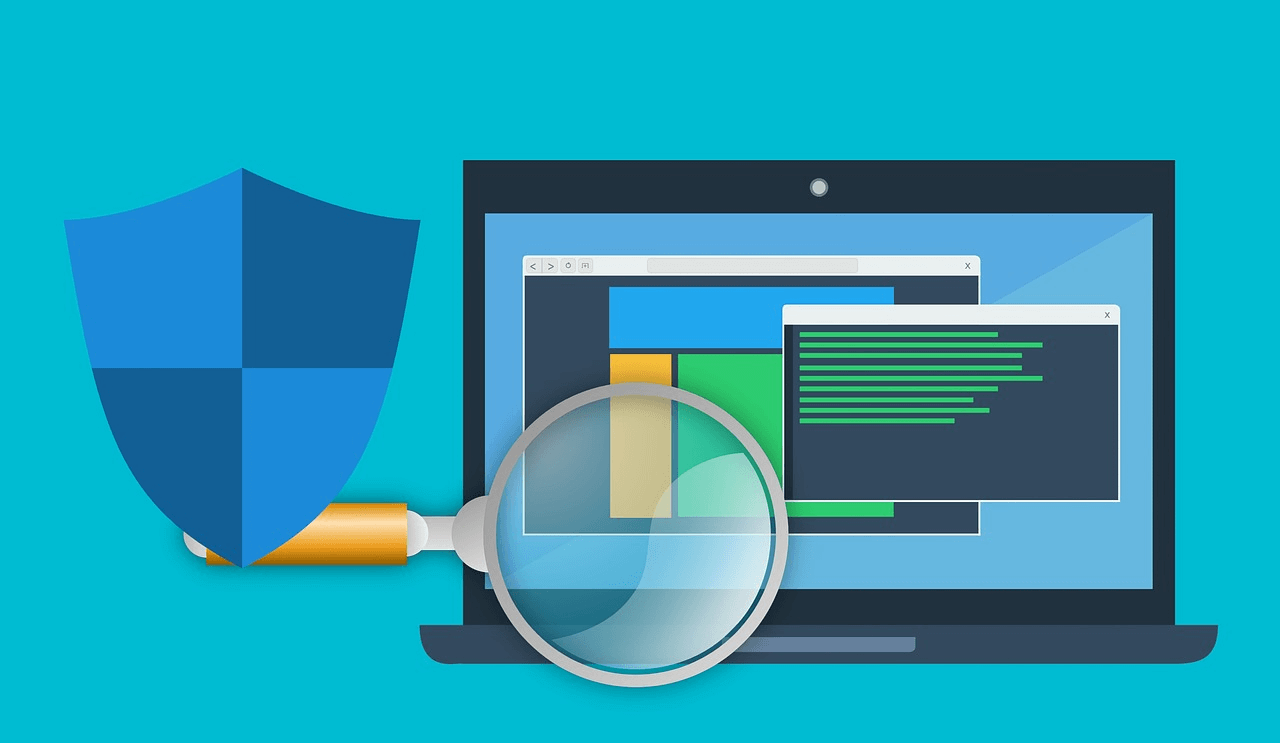 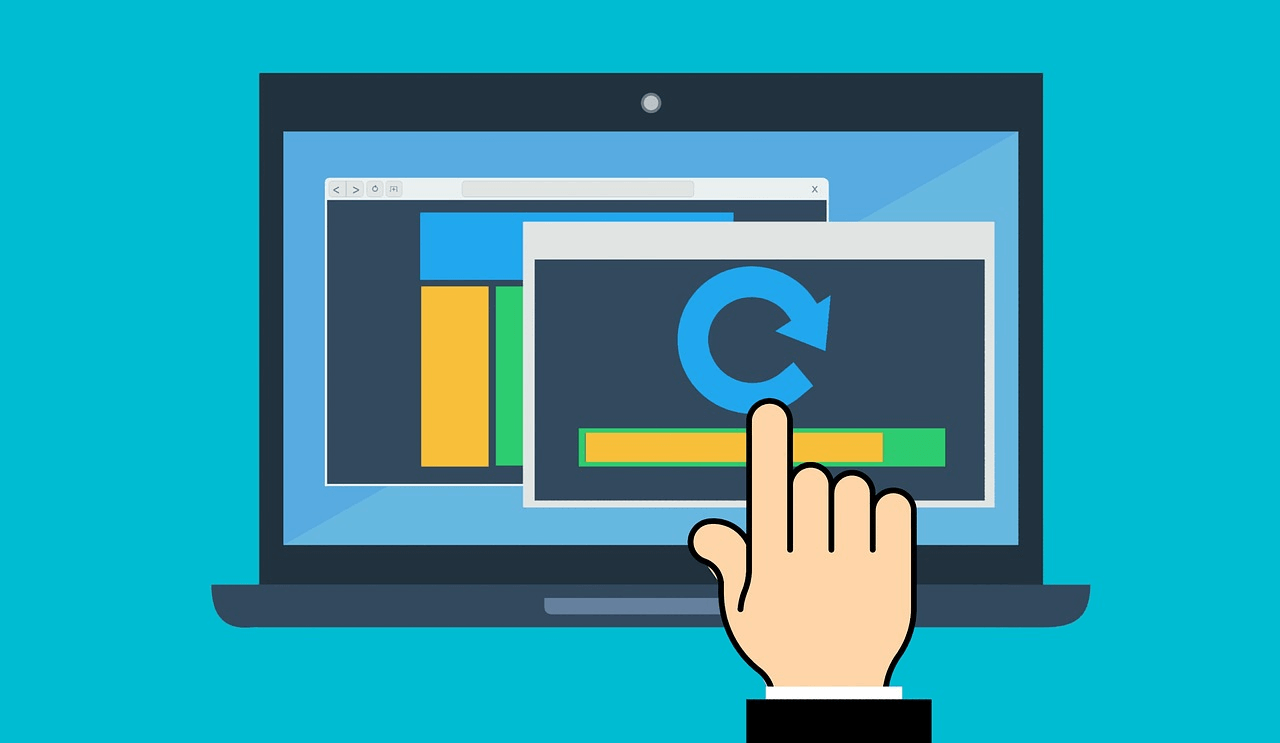 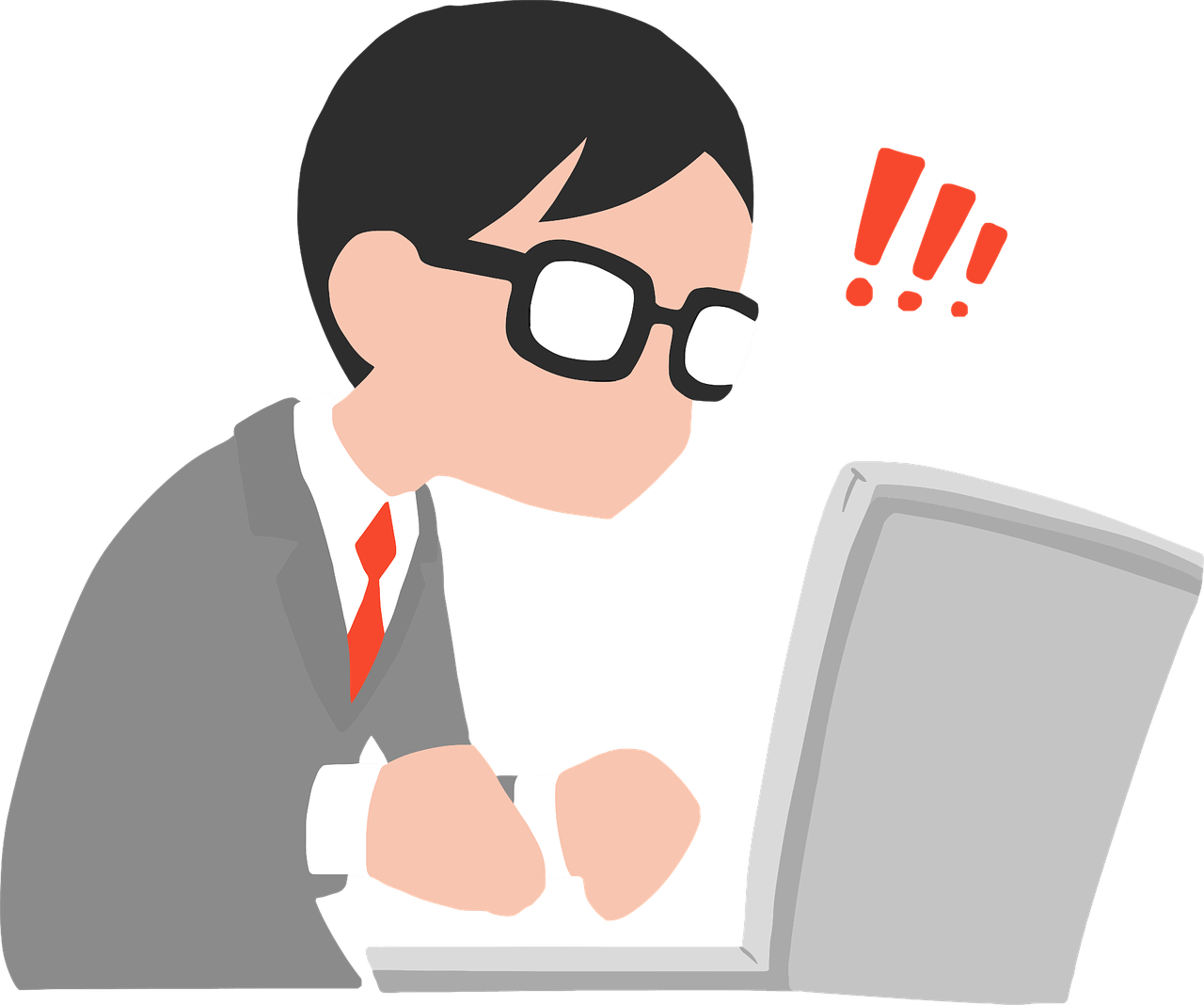 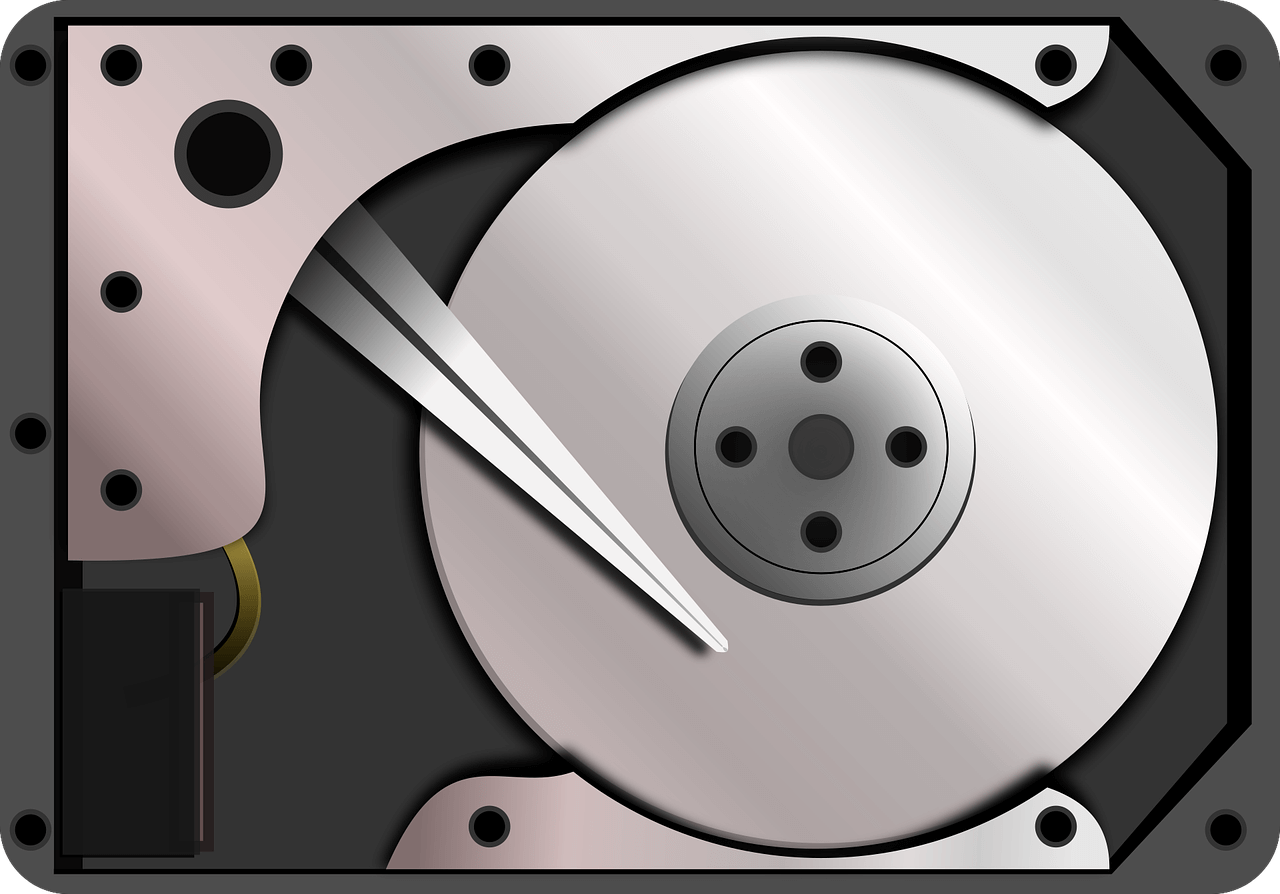 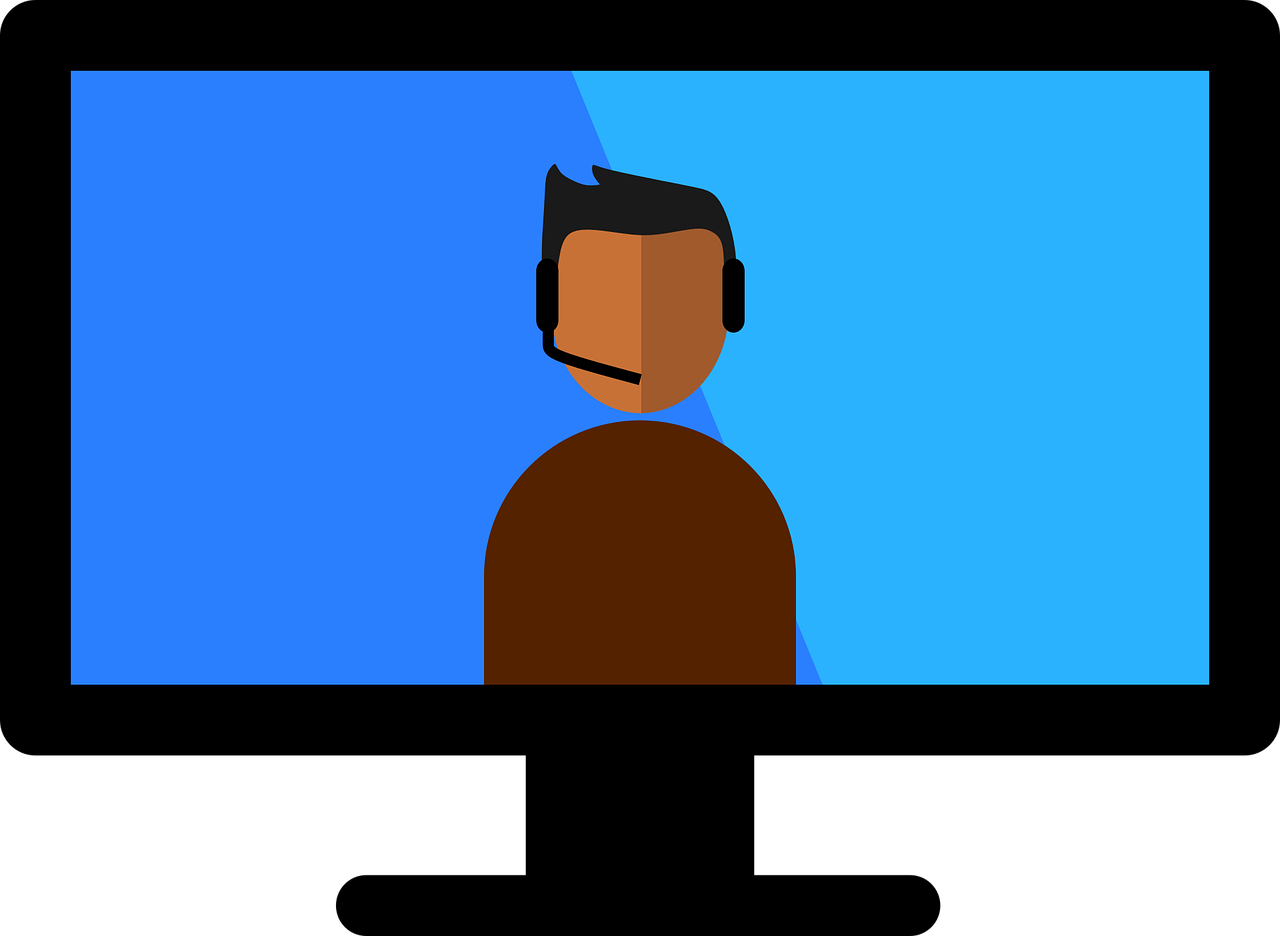 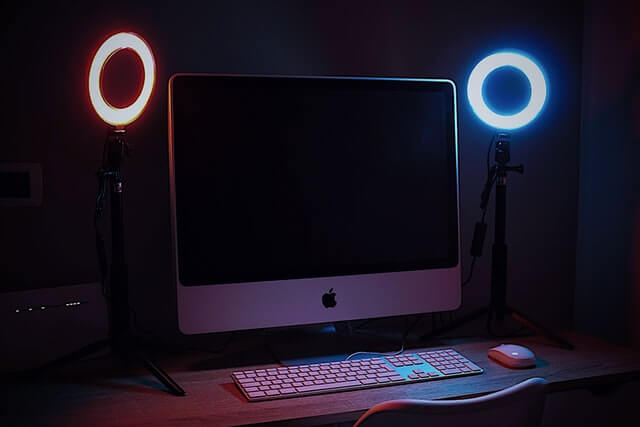 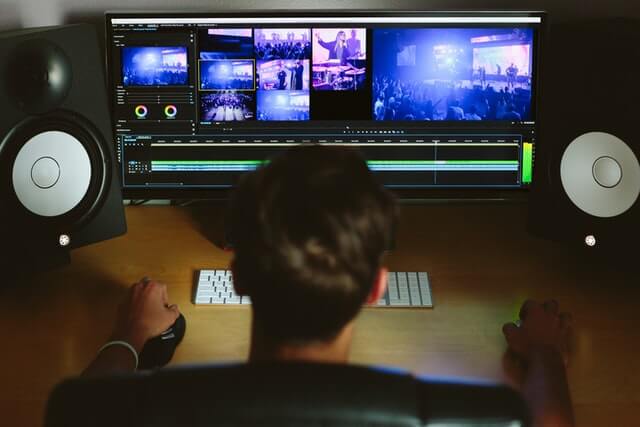 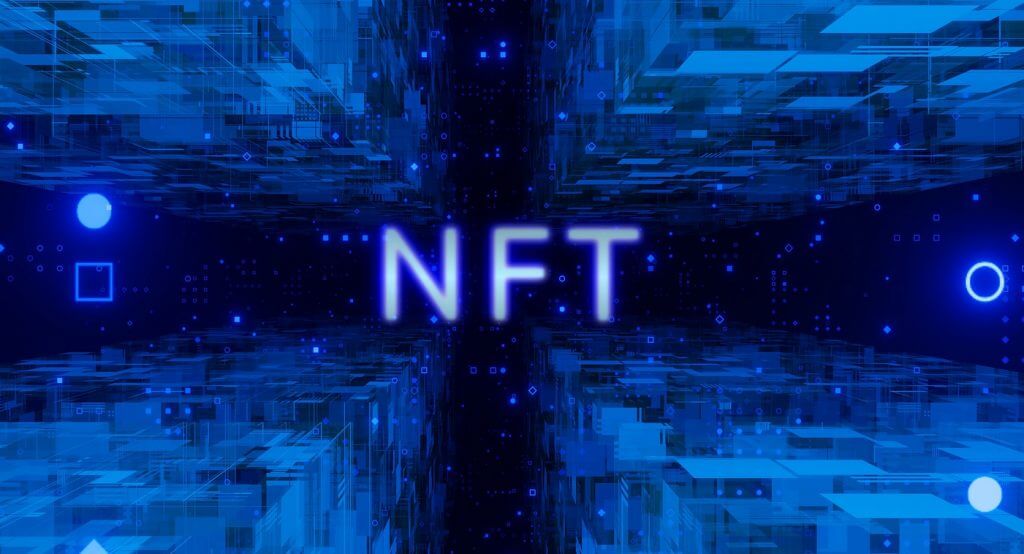 Introduction Trading with cryptocurrencies has almost become the norm nowadays, and many reputed NFT platforms are releasing apps to make it easier for users to have this experience. Through these apps, traders can sell, buy, and even make NFTs at any location with an active online connection. However, with many options available, which one to […] 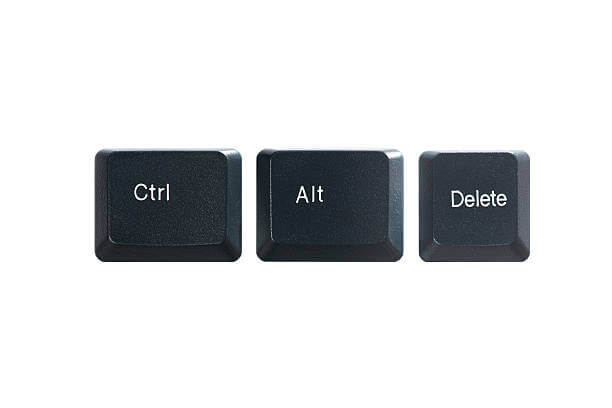 Introduction Keyboard shortcuts make it much easier to do a lot of tasks on computers. One of the most valuable shortcuts that carry out functions is pressing the Ctrl, Alt, and Delete keys simultaneously. Together, the shortcut effectively kills applications that are using up a lot of memory, stopping non-responsive processes, and even restarting the […] 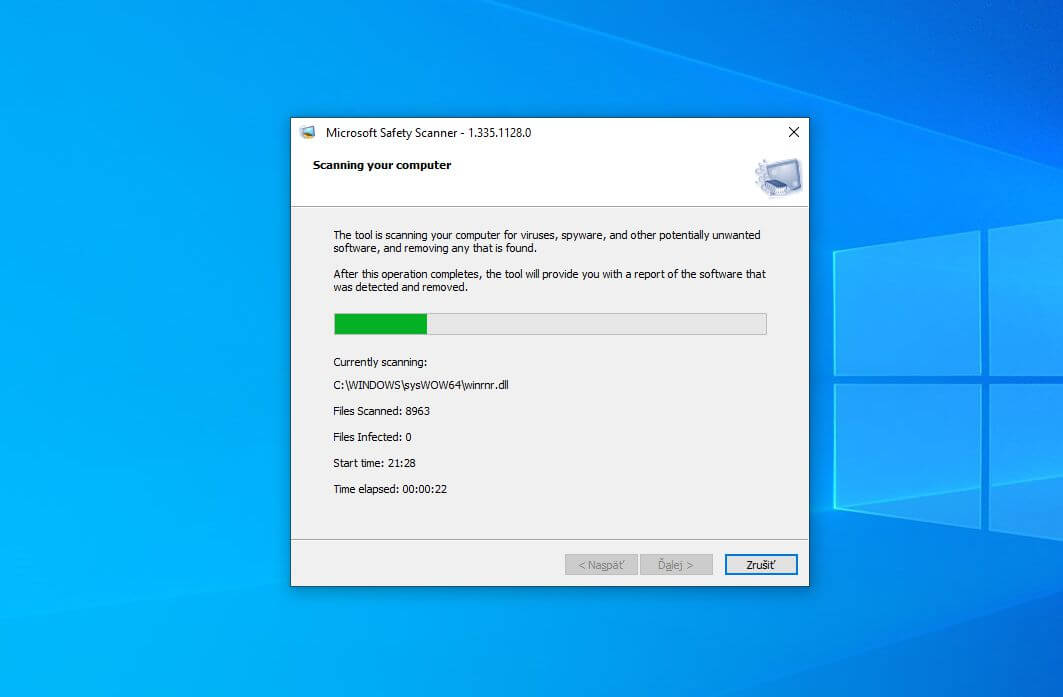 How To Use Microsoft Safety Scanner To Scan For Malware?

Seamless internet connectivity is necessary for any system to complete different functions effectively. However, this internet connection comes at the cost of increased cyber threats. The personal and professional data of the users is at stake with malware trying to enter the systems. Hence, there is a need of the straightforward and effective solution to […] 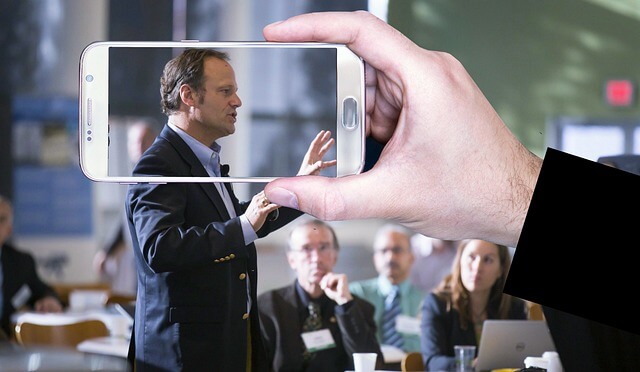 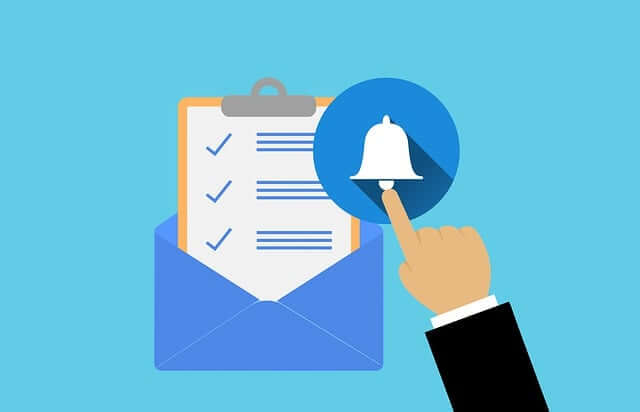 How to disable feedback notifications on Windows 10 and 11?

Windows 10 and 11 are Microsoft’s highly optimized versions of this operating system. Loaded with different features making it a perfect operating system for many personal and professional uses, Windows 10 and 11 aim to facilitate the user experience. However, users may soon get irritated with the annoying feedback notifications. Microsoft asks for feedback, suggestions, […] 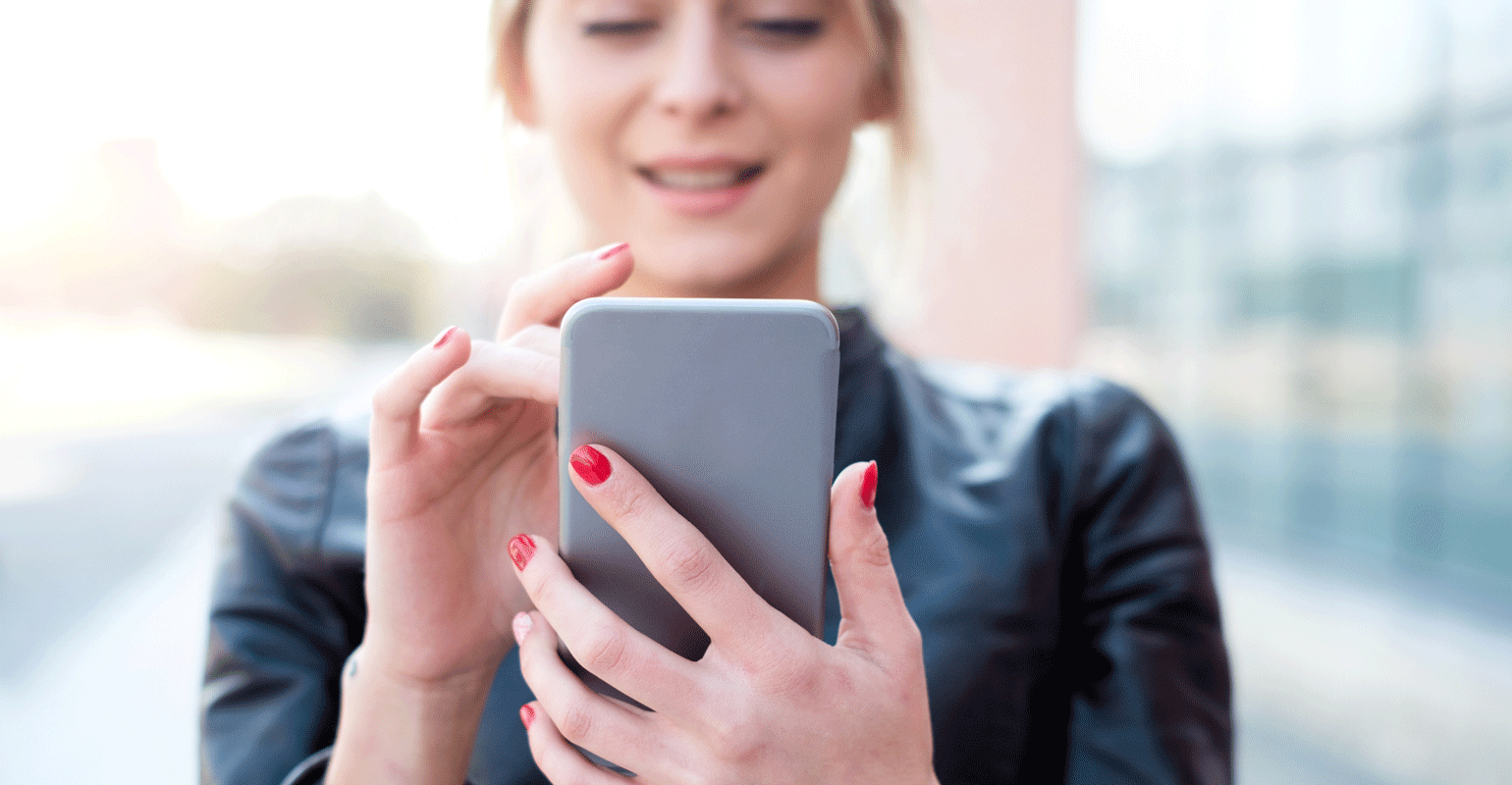 Here’s How to Hide Apps on Android Devices?

Every mobile user has some apps on their device that they want to hide from other people. Therefore, Android enables its users to hide apps on Android devices with easy steps. Android has a huge global community. There were around 3 billion Android users in 2021. So, to guide billions of Android users, we have […]

How to Fix the “DNS_PROBE_FINISHED_NXDOMAIN” Error?

Does your browser not redirect you to the desired website? Instead, a DNS PROBE FINISHED NXDOMAIN error message appears in the browser. This error is related to DNS (Domain Name System) or internet connectivity issues. The Domain Name System organizes internet traffic by mapping domain names to specific server IP addresses. In DNS transactions, a […] What to Do When Your MacBook Keeps Shutting Down?

Nothing is more annoying than having your Mac unexpectedly shut down, especially when you’re in the middle of something critical. In most cases, it is a one-time occurrence that never occurs. If you see your MacBook keeps shutting down repeatedly without warning, you should investigate the cause and look for tips and tools to help […] 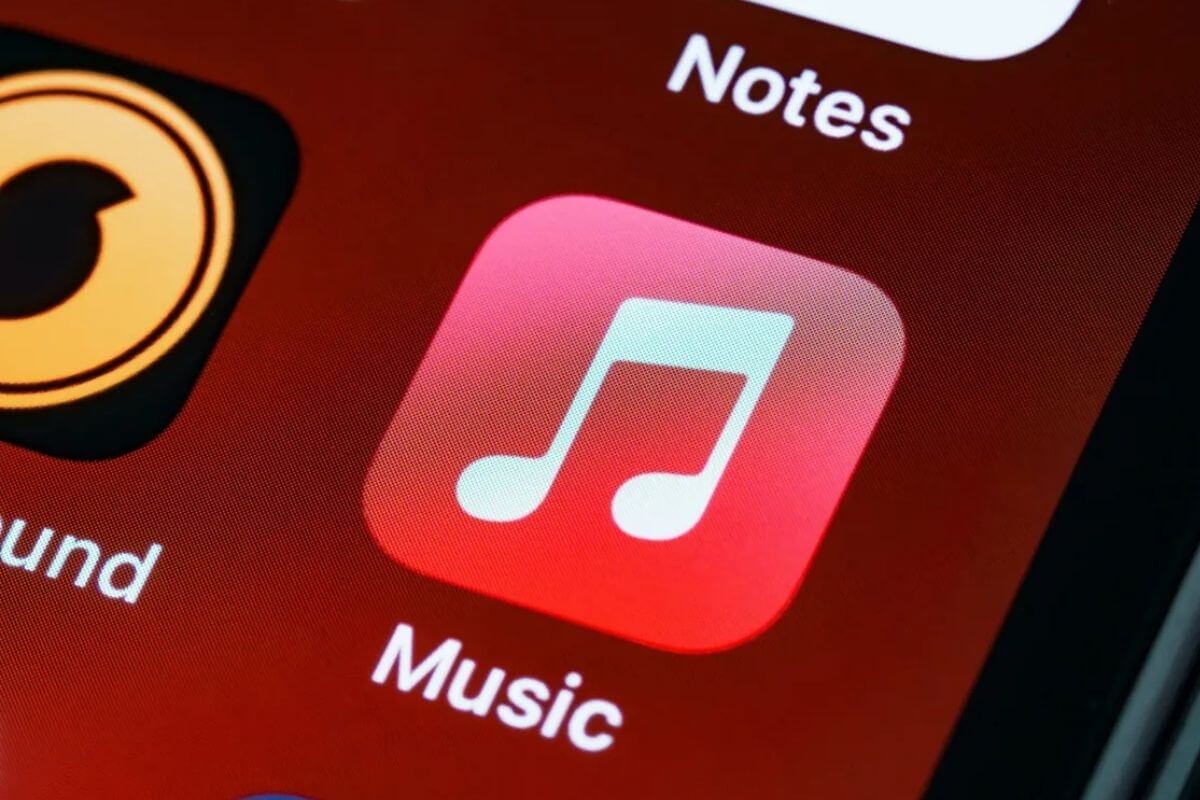 How to Fix Apple Music Not Working on Your iPhone, Mac, or iPad?

Apple Music is one of the most useful Apple services launched in 2015. According to Business of Apps, there were 88 million active Apple Music subscribers in 2021, with a whopping revenue of $68.4 billion. But, unfortunately, many users have complained about “Apple Music not working” for them. Going through Apple forms, we found most […] 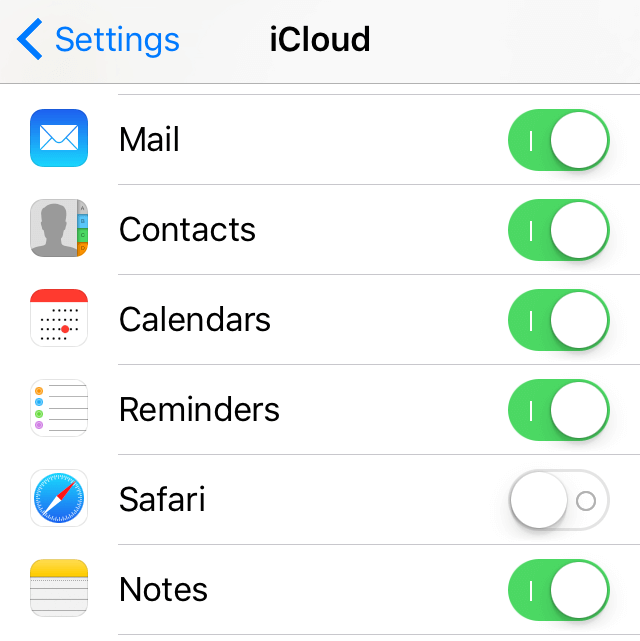 How to Fix iCloud notes not syncing?

Introduction Users can sync their files into iCloud while using Apple devices. But the process requires some extra steps that can become complicated for some users to handle, especially if they are new to the iOS ecosystem. Besides logging into the account, you need to activate the note-syncing process in the storage and device. However, […] 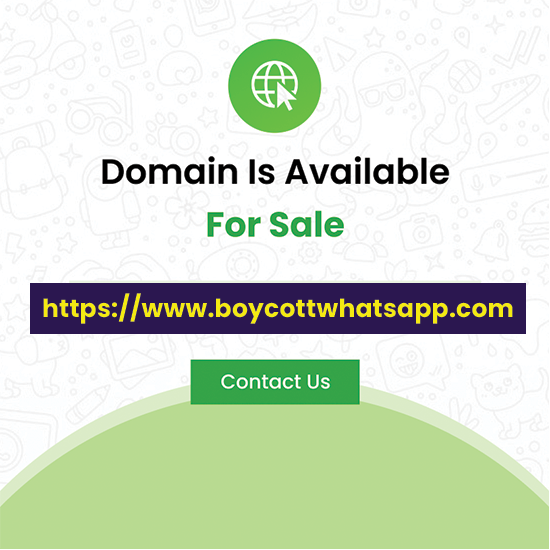